My name is Leslie, I’m 35 years old, and I live in the Bay Area of beautiful California!

The info below is now outdated and I hope to have more to contribute in 2016!

I started following Paleo on February 4th, 2013.  I planned on trying Paleo for 2 weeks to see if I could go that long without bread or cheese.  After the first few days, I knew I’d found something that was perfect for me!  The two weeks came and went and before I knew it, I was celebrating 30 days, 60 days, 90 days, etc. on Paleo.  So far I’ve lost over 20 pounds and feel better than I ever have.  I no longer suffer from chronic migraines, insomnia, and stomach aches. 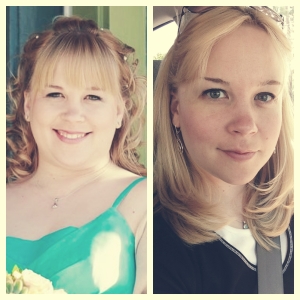 In  September 2006, I saw a picture of myself that horrified me.  That day, I went online and joined Weight Watchers.  I loved the points system and it was easy for me to follow.  By December, I’d lost 30 pounds.  I still had some weight to lose but took a break from it because after so long on the program, I found it harder and harder to count points every day. I eventually stopped counting at all and slowly gained almost all of the weight back.

In the Winter of 2011, I joined Jenny Craig.  I was interested in the fact that you go pick up the food and that’s what you eat.  Breakfast, lunch, dinner and snacks were all portioned, packaged and there was no guessing involved.  I was able to lose about 15 pounds but again, fell off track once I got tired of the food.  When I stopped Jenny Craig, it didn’t take long for the 15 pounds to come back and THEN some.